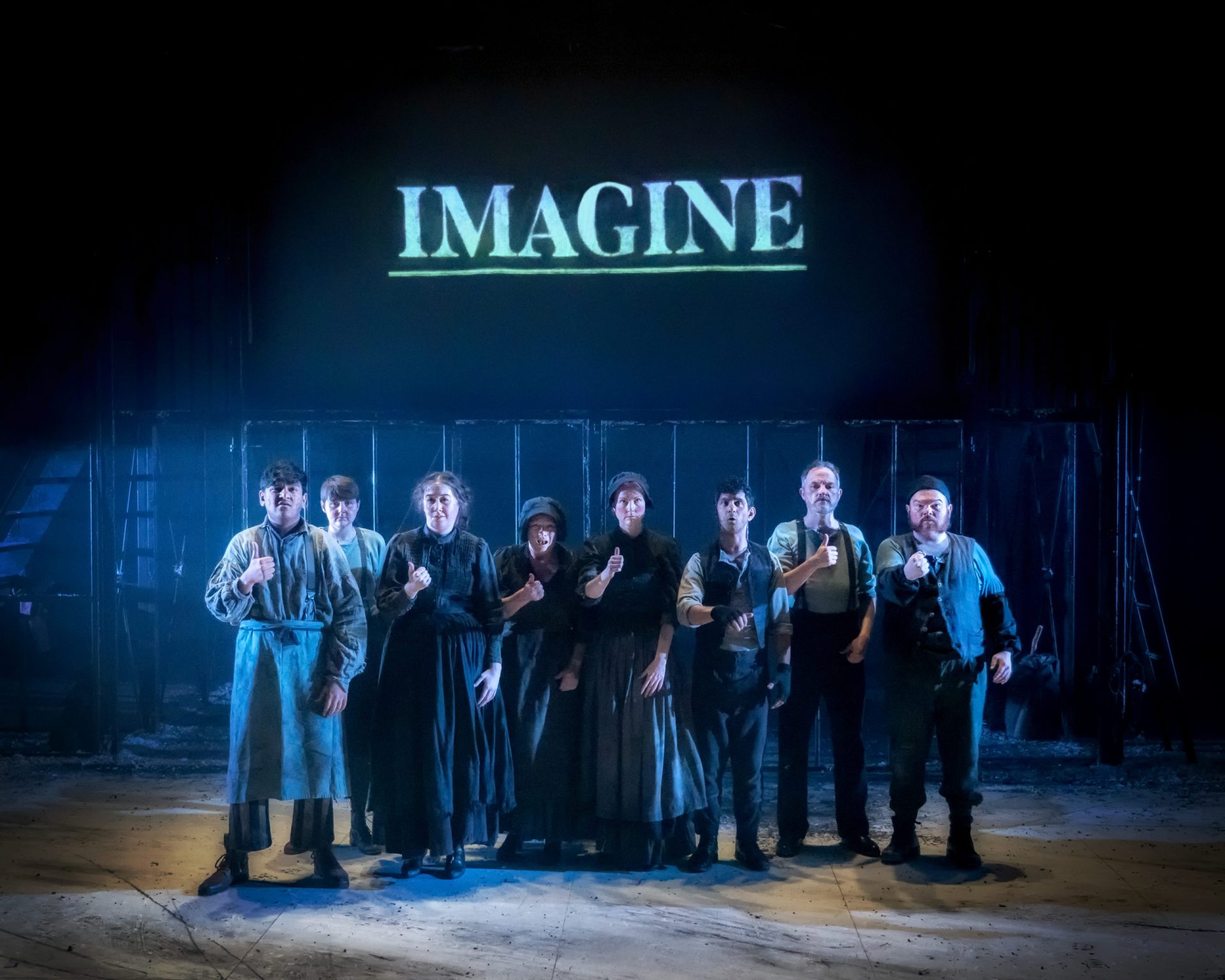 Leeds Playhouse and Ramps on the Moon’s co-production of Charles Dickens’ Oliver Twist, directed by Leeds Playhouse’s Associate Director Amy Leach (The Night Before Christmas, Hamlet, Road, Romeo & Juliet) and adapted by award-winning playwright Bryony Lavery will be shown as part of National Theatre at Home from 22 February for a year. This will be the first production shown on National Theatre at Home that has not been produced by the National Theatre specifically for this platform, showcasing a national commitment to sharing work that is accessible both on and off stage.

Originally staged at Leeds Playhouse in March 2020, its UK tour to the Ramps on the Moon venues was cut short due to Covid-19. The production did have further life as the consortium of theatres digitally remastered the piece, sharing on Leeds Playhouse’s At Home platform last year, giving audiences the opportunity to once again experience this pioneering retelling of the well-loved classic.

Director Amy Leach said: ‘We’re so delighted that the National Theatre will be sharing Oliver Twist, our co-production with Ramps on the Moon and written by the incredible Bryony Lavery as part of National Theatre at Home – a platform that continues to showcase productions from theatres across the country to wide reaching audiences.

‘Knowing that this epic, boundary-pushing production is continuing to showcase the creative possibilities of work which places access and inclusion at the very heart of the theatre-making process is amazing. We are so very proud that this production, created here in Leeds, will now be shown on this vital national stage.’

Director for Change for Ramps on the Moon, Michèle Taylor, said: ‘I’m delighted that Oliver Twist will be part of the National Theatre at Home programme. It’s exciting to know that many more people will get the chance to experience this thrilling show, with its brilliantly embedded Sign Language, captions and audio description. The whole company deserves this opportunity for their immense talent to be showcased more widely and at Ramps on the Moon we couldn’t be prouder of what Leeds Playhouse has achieved.’

The production stars Brooklyn Melvin in the role of Oliver, aided and abetted by a gang of wily pickpockets led by the Artful Dodger, played by Nadeem Islam, who’s best known for presenting the BBC’s See Hear series, and Caroline Parker MBE as Fagin (Our Country’s Good, Ramps on the Moon and Nottingham Playhouse UK Tour). Nancy is played by Clare-Louise English, returning to Leeds Playhouse after appearing in Graeae/Theatre Royal Plymouth’s One Under commissioned by Ramps on the Moon, with Stephen Collins stepping into the brutal boots of Bill Sikes (the spelling taken from Charles Dickens’ original text). The cast is completed by Katie Erich as Rose, Rebekah Hill as Luna, Georgia Jackson as Fingers, Amy Conachan as Mrs Thingummy, Christopher Wright as Mr Brownlow, Dan Willis as Mr Sowerberry, Mitesh Soni as Charley Bates and Benjamin Wilson as Mr Bumble.

Oliver Twist builds on the success of previous Ramps on the Moon productions including Our Country’s Good, The Who’s Tommy and The Government Inspector. The production is sponsored by Leeds Playhouse’s Access Partner, Irwin Mitchell.

Oliver Twist will be available until 23 February 2023.

To watch Oliver Twist on National Theatre at Home, you can sign up like other streaming services and can choose to subscribe by the month from £9.99 or save by signing up for a whole year at £99.99. You can rent Oliver Twist for £7.99, giving you access to this play only, with three days (72 hours) to finish watching it once you click the play button.

Oliver Twist joins an exclusive catalogue of unmissable British theatre for you to watch anytime, anywhere. With new plays added to National Theatre at Home every month, there’s always something new to look forward to.