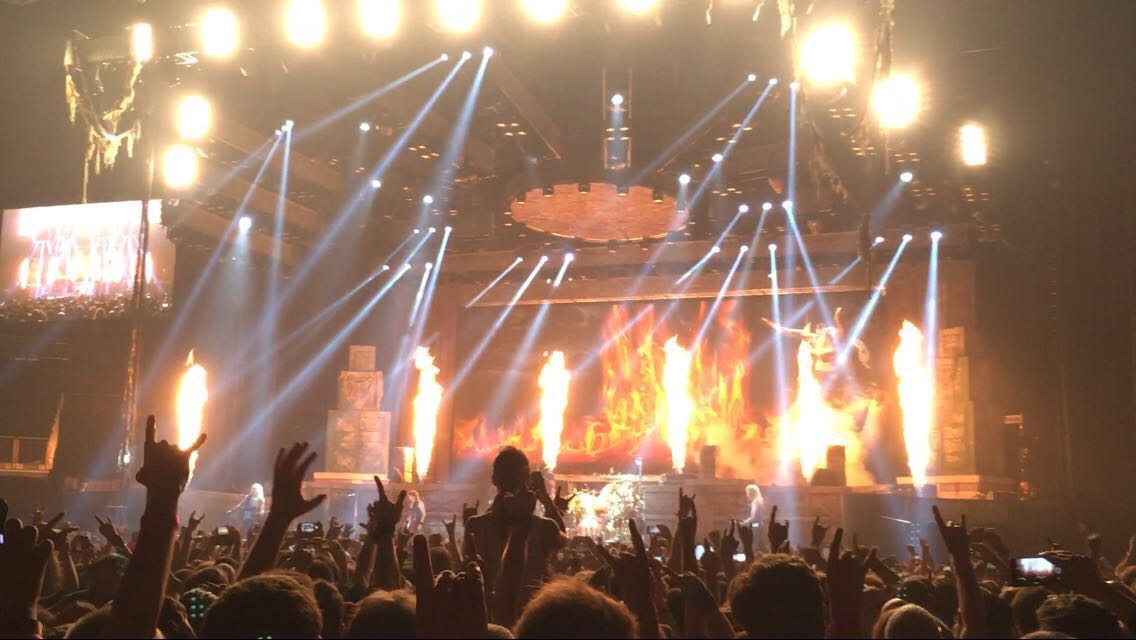 So after 14 weeks of sheer hard work the Tommy Team found themselves on a well deserved week off of sun, sand and sangria… just kidding, although that would have been lush! Not before the super crew ripped down all the set and lights and other stuff in Birmingham finishing up at 3am on Sunday morning – champs, the lot of you. Team Wardrobe Kirsty and Connie however found themselves an hour behind the rest, probably because they were busy dancing about in the laundry room with their biggest fan (it literally was a big metal fan) and having a jolly old time!  Whatever works ladies!

Sunday saw Steve (Bass Guitarist/Winston Churchill) heading off the London’s O2 Arena for his birthday treat – an evening with Iron Maiden! Needless to say he was in his absolute element! He then trotted off to Bristol to enjoy some quality time away with his good lady, Nicole.  Meanwhile Adam (Drummer) headed off to the Lakes with his better half and was spotted donning some particularly fetching rain gear (fittie!)  Shekinah (Voice of Nora) was back in the recording studio banging out some fabulous tunes (check her out on YouTube: Shekinah Mcfarlane ‘Beautiful to You’), Natasha Julien (Dancing Queen) enjoyed some pre-birthday treats with her lovely Bf And Connie found a beach and sat on it for a while.  Alim (Frank), Julian (Voice of Tommy), Kerry (Mr Director) and myself (Hawker) were reunited for a cheeky trip to Soho Theatre to see our pal Rina smash it in ‘Roller Diner’, and then later that week Alim and Julian found themselves up to their eyes in Butterbeer as they ventured off to the Harry Potter Studios in Elstree… What a busy bunch!

This was all combined with plenty of rest and rejuvenation (I promise!) as everybody is gearing up for our next venue, Theatre Royal Stratford East, our London venue which will see many of the company trotting to the theatre from the comfort of their homes.  We are all curious to see how we are going to jiggle the show around to adapt to this very different space, but that’s what makes it exciting right?

So from the heart of E15 we shall be bringing you all the goss from London Town! No doubt there will be plenty to report! Join me next week for all the happenings from Stratford East – my first ever job was there 15 years ago, as was my second with Kerry (Mr Director)… aaaah memories #funfact